This island, shaped like a dog bone, is a great place to observe the San Juans’ prolific wildlife. The high rock bluffs provide excellent bird and whale watching. The western cove, facing Decatur Island, has a dock and is more popular than the eastern side. 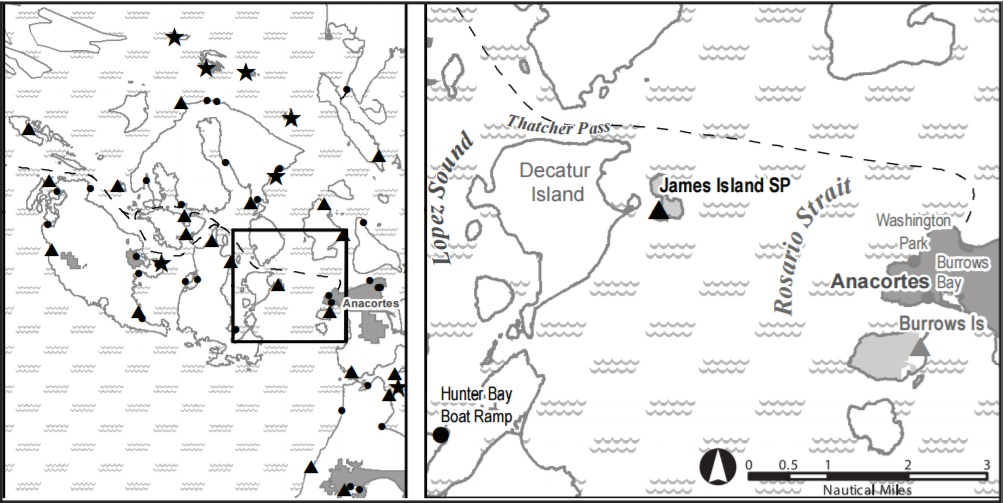 Approach: Head for the wooden stairs on the south of the western cove

Location: The island is about a half mile east of Decatur Island and 4 nautical miles east of Spencer Spit.

Natural History: James Island was named by the Wilkes Expedition in 1841. Who the members of the expedition were hoping to commemorate, however, is a little hazy: there are two possible options for the origin of the islands name. James Decatur accompanied brother Capt. Stephen Decatur into Tripoli to burn the captured American ship the Philadelphia. James was killed in the battle. Another candidate for the honor is Rueben James, also associated with Stephen Decatur. Rueben James is sometimes credited for saving Stephen Decatur, his commander, during the Tripoli raid.