Shorefront wetlands at the south end and by the park’s north boundary make this a great spot to view a number of birds including red-winged blackbirds, swallows, cliff swallows, hawks, starlings, mallards, sandpipers and even an occasional snowy owl. The Cascadia Marine Trail site is the only camping allowed in the park. 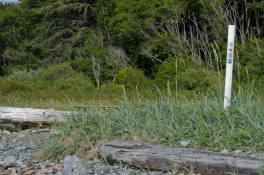 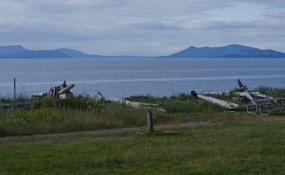 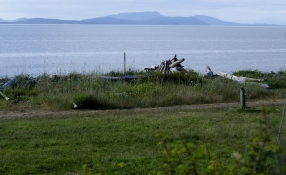 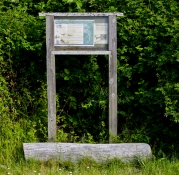 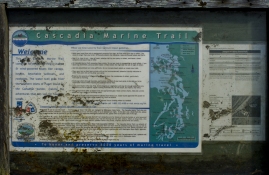 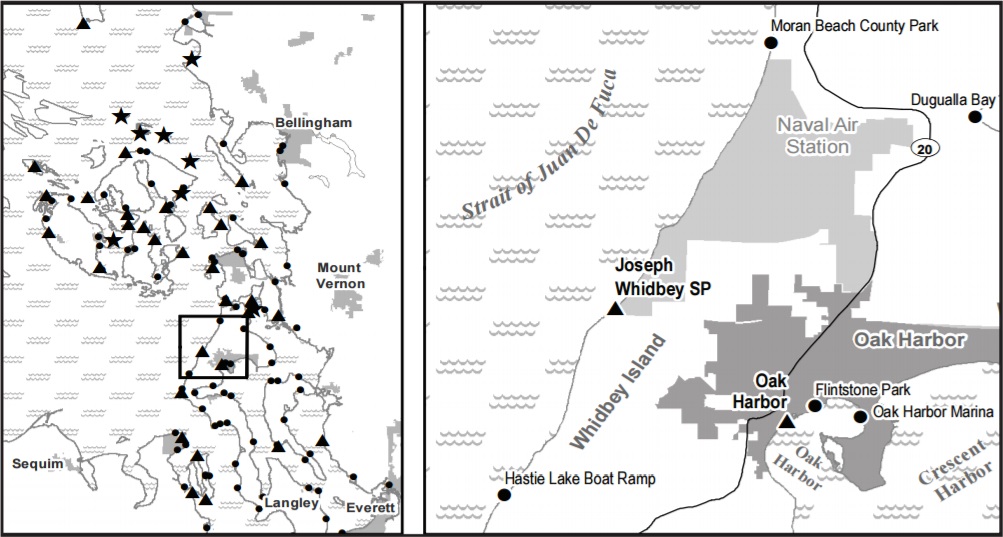 Location: Joseph Whidbey State Park is on the western shore of Whidbey Island just south of Rocky Point and NAS Whidbey. The naval radar tower is north of the park. Camping is just inland of the grassy area north of picnic area.

Hazards: Winds from the Strait of Juan de Fuca may cause large and dangerous surf.

Sanitation: 2 vault toilets up the stairs

Fires: No fires at site, barbecues across the lawn

Special Considerations: Seasonal flooding occurs in surrounding areas. Please be considerate of wildlife. Noise from planes can be deafening.

Natural History: The site was originally farmland until 1942, when the Navy came into the Oak Harbor area and bought the land. It was once known as Civil Service Beach and was also the location of the Navy’s rifle range. The 112 acres became parkland after the state received it from the Navy. Currently, the Naval Air Station lies at the northern boundary of the park.