Cypress Head – overnight camping will be permitted from Memorial Day weekend through Labor Day weekend. Cypress Island features a tombolo, a sand bar connecting one island to another, on its eastern side that creates a bay and a cove on either side. Campsites are perched high on this peninsula with excellent views. 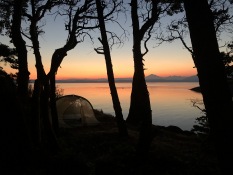 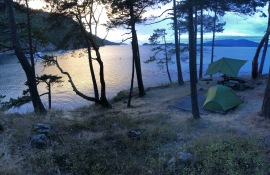 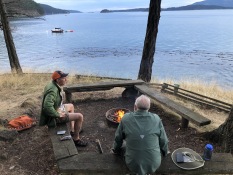 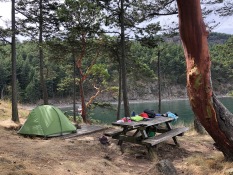 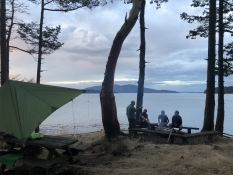 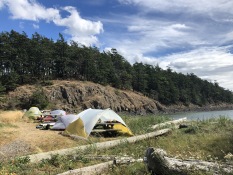 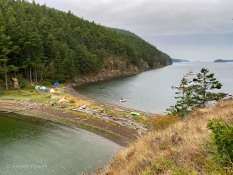 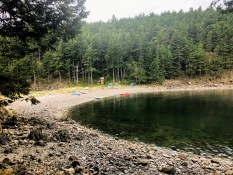 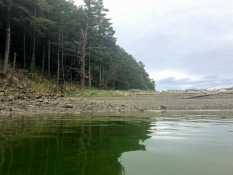 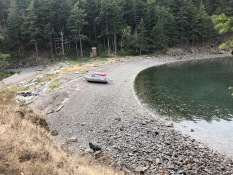 [Show as slideshow]
Approach: Rock and gravel beaches on both north and south sides of the tombolo. The north beach is more convenient.
Location: Cypress Island is north of Washington Park in Anacortes. Campsite at Cypress Head is on the easternmost point of the island.
Hazards: The head creates back eddies and rips that can be very strong, dangerous and turbulent. Hug the shoreline to approach. Remember, a straight line is often the slowest path.
Sites: 5
Water: None
Sanitation: Composting toilet
Overflow: Allowed in camp area
Fires: Fire rings available
Extras: 2 picnic areas
Fees: Free
Special Considerations: Site is within a Natural Resource Conservation Area. Use minimum-impact camping techniques. Trail acess to the upland has recently been added.
Natural History: Maps of the late 18th century show the Spanish name for the island as Isla de S. Vincente, in honor of the Mexican Viceroy. Captain George Vancouver named the island Cypress in 1792 after trees on the island which he thought were cypress. Botanists have since declared the trees to be junipers. Cypress Island is located in one of the geologically oldest areas of the San Juans and is now mostly preserved. Washington State Department of Natural Resources manages 4,700 of the island's 5,500 acres.
Max People:
Max Nights:
Reservations: No
Latitude: 48.5685
Longitude: -122.6703
Print

What a pretty view from our window today. ... See MoreSee Less