Be prepared to share Spencer Spit State Park with the rabbits that run wild here. Originally, the rabbits brought by settlers who had intended to use them for profit, but the enterprise was abandoned (as were the rabbits). 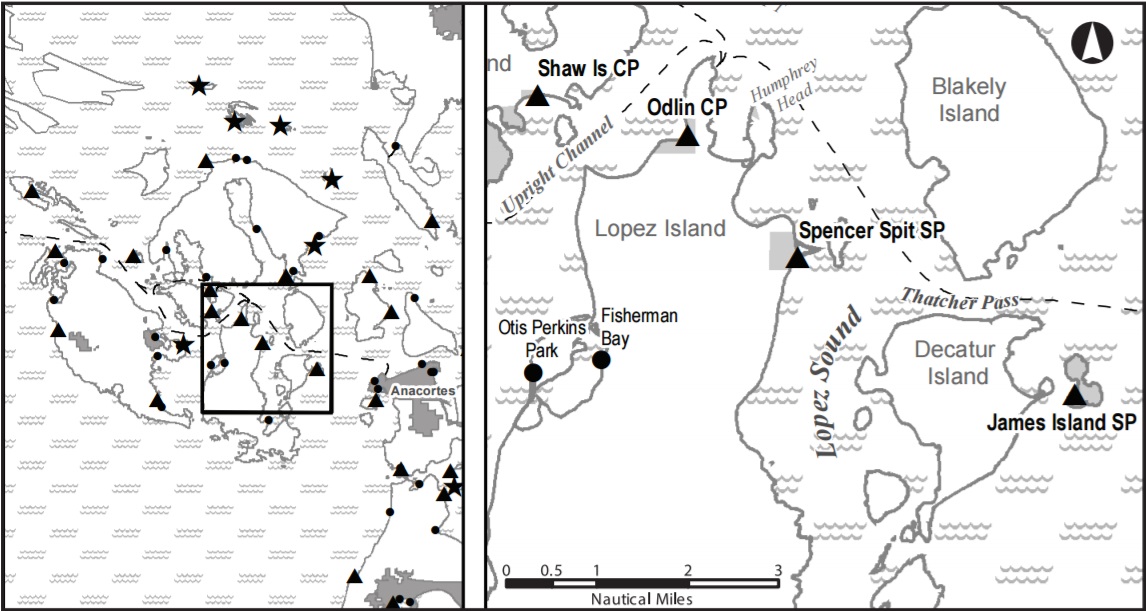 Approach: From southern side of sand spit at base of spit. Boats must be carried over driftwood.

Location: Spencer Spit is on the north-eastern side of Lopez Island.

Fires: Fireplaces and fire rings available in day use area only

Natural History: This area was used by the Salish Indians as a summer camp. Each spring, living in mat-and-pole shelters, they gathered shellfish and herring, preserving them for the winter. In 1886, pioneers named Spencer home-steaded on the island. In the 1880’s the Spencer and Troxell families exchanged the land several times until Troxell received a large grant under the Homestead Act in 1891 and built a home. The nearby storage shed is all that remains of the house. The Spencers eventually bought the property from the Troxells and lived on the land for 50 years.