Our Board of Directors set policy and guidelines for programming, advocacy, and activities of the organization while working to ensure that recreational public access to the water is preserved and expanded throughout Washington State. 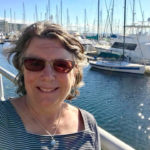 Andrée has taught sea kayaking since 1985, and has led or been on kayaking trips in various countries such as Baja, Mexico, Belize, Chile, Bolivia and Hong Kong. She retired as an L4 sea kayak instructor trainer educator with the American Canoe Association after fifteen years. She was on the board of the Washington Kayak Club and Trade Association of Paddlesports. She graduated from the Jackson School of International Studies and is a Realtor in the greater Seattle area. 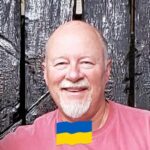 Bill works wonders for us in membership! 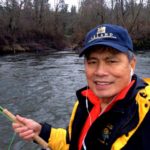 A veteran, Tomas has been active in almost all of the kayaking clubs around-and-about the Puget Sound. He is also an avid fisherman. 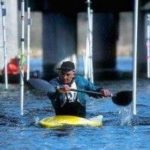 A retired Boeing engineer, Steve has a long history in paddlesports. He has raced river slalom, as well as flatwater on lakes and saltwater. He has been certified as an L4 sea kayak instructor. He is currently on the Washington State Parks Safety Committee, and has served on other boards such as the Washington Kayak Club. Currently living in Mazama. 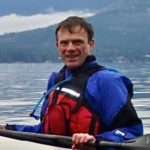 Phil has been with us for many years and is a wizard at finances, as that is also his main occupation. He has helped us in many ways – keeping Quickbooks up-to-date, filing our 990, and more! Phil is an avid kayaker and hiker, and in his spare time likes to go on treks around Seattle. 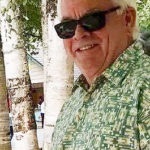 Don has been active with WWTA for many years. He has served as president and in other important supporting roles. He sits on many committees, interfacing with Washington State Parks and other partners. He is also the President of the trails committee, and can be seen with Michael Silence visiting our sites to review the current conditions. Don is also a member of the WA State Parks Paddle Sports Advisory Committee (PAC).

Michael grew up paddling canoes in Virginia, Missouri, and Kansas. He has been paddling sea kayaks since about 1995. He has been a WWTA board member and active Trails Committee member at different times since 2000. Along with Don Crook, Michael has visited every CMT campsite except Lighthouse Point. When he is not in his boat, he can often be found teaching, birding or skiing. 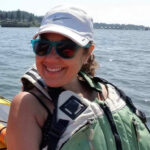 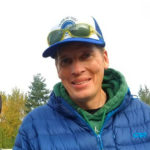 Mike has worked with Information Security Analysis Internap Network Services in Seattle, managing the information security department and direction for a network service provider spanning 15 countries, as a Senior Technology Risk Consultant at Protiviti and as a Security Engineer with Harrison & Belmont LLC leading a 3 person team providing security and networking services for non-profit organizations including Premera Blue Cross, American Cancer Society, and Arthritis Foundation. He’s also been on the Board of Directors, Puget Sound ISSA (Developing and Connecting Cybersecurity Leaders Globally). Mike is an avid paddler.

Coming right up this Thursday!Planning Your Next Inside Passage Kayak TripBill Brackin will give you a good overview of how to pick and plan a successful and safe multi-day Inside Passage sea kayak trip. Helpful tips, books, websites, apps, and more will be shared. Photos of the beauty of the Inside Passage will be shown.Bill has been in the outdoor industry all his life. He is the membership manager for Washington Water Trails and the Treasurer of the North Sound Paddling Club.Tickets: www.eventbrite.com/e/planning-your-next-inside-passage-trip-with-bill-brackin-tickets-47840278460... ... See MoreSee Less